There are six different S3 storage classes on S3 and they differ in costs for storage, transition requests and retrieval requests. This is to cover all use cases or to make your AWS bill hard to forecast. Or both.

The old S3 Reduced Redundancy Storage is the past, and all the current classes share the same 11 9’s. They have different availabilities and SLAs but, they all have 6+ copies of the data stored on AWS servers.

But wait, how can Standard-IA and One Zone-IA share the same durability if the latter keeps all the copy of the same number of copies but only in a single AZ?

The devil is in the details: do you see that little asterisk in the table? The apparently insignificant note states:

So even if the number of copies is the same and you can still boast your amazing 11 9’s to your customers, the resilience of the One Zone-IA option is not the same. Even Amazon suggests it for backups or easily re-creatable data only.

Unlike other S3 Storage Classes which store data in a minimum of three Availability Zones (AZs), S3 One Zone-IA stores data in a single AZ and costs 20% less than S3 Standard-IA. S3 One Zone-IA is ideal for customers who want a lower-cost option for infrequently accessed data but do not require the availability and resilience of S3 Standard or S3 Standard-IA. It’s a good choice for storing secondary backup copies of on-premises data or easily re-creatable data.

With that little asterisk, Amazon lets you figure it out yourself the risk and the cost of it. As it might vary across regions and zones too, they give you 11 9’s with a caveat. You pay 20% less but you are now in charge of risk management.

What is an Availability Zone destruction? How likely is that?

It might sound a silly question but if you have to assess yourself the likelihood, you need to know what they are talking about. There is no further asterisk or note, so you have to dig deeper and ask support to have the definition.

OK, there is nothing specific in the S3 documentation but they still state that

Should I take the risk?

For business critical services it is always advisable to architect your solution to be highly available and fault tolerant to an AZ outage. But this is just risk management.

If you heavily rely on Standard-IA and think the chance of your “next unicorn” crashing are higher than an Availability Zone destruction, you might gamble on lower costs and higher margins. But bet a few dollars on an AZ destruction too. In both cases you would have a profitable exit (*)

(*) Talking about asterisks, if you try that or find out a bookmaker that takes the bet please let me know.

I am very happy to be back on stage at DevOps Pro Europe 2020 in Lithuania next March. Topic of the talk? “Serverless databases: the good, the bad, and the ugly” See you in Vilnius!

From Amsterdam to Marseille, from Rome to Barcelona. In many years of remote working, I have often relied on house swapping to have a home away from home. A few working days in a different city or a relaxing holiday. Earlier this year I wrote for Caryzma about one more reason I like it, sustainability. The piece is below as well.

We reduce our reliance on paper and plastic by using real china and glassware during our hot full breakfast” states a large hotel chain. We are “banning the use of overfished species in our restaurants” claims one of the competitors. “The industry’s largest soap recycling program” and “our guests allow us to change linens every other day” are other commitments.

Every major hospitality company is taking action but is that enough?

What about renting a flat? For years, Airbnb has been promoting the environmental benefits of home sharing, claiming “reduced water usage equal to 13,000 Olympic-sized swimming pools” by their European guests. That was before they had to defend themselves for the affordability of housing and contributing to gentrification in a lot of big cities.

Is there a simpler way to enjoy a holiday in a more sustainable way?

There are alternatives to hotels and online marketplaces and some of them aren’t even that new. Home exchange , also known as house swapping has been around for almost 70 years. Glamorized by Cameron Diaz in The Holiday, you offer each other’s homestays without monetary compensation. And it is more sustainable than hotels and lodges by 67%. OK, I made this number up.

If Airbnb listings “generate less waste, use less water, and drain less energy than traditional hotel accommodations”, staying in another family’s home has the all benefits of home-sharing without the drawbacks. With home exchanges you maximize the use of existing resources, staying at flats and houses that already exist without Airbnb’s negative side effects.

“Just below half of Airbnb hosts in North America and Europe provide single-use toiletry products for their guests”.  I can not recall any single-use shampoo in twenty home-exchanges across Europe I have stayed in. But I had nothing but positive experiences from Amsterdam to Rome, from Marseille to Barcelona. You can work and take holidays in different cities, living almost like a local.

Where to start and how?

While joining one of the many networking services helps, you can also ask your Facebook or LinkedIn contacts. You might just find an alternative holiday. And if you’re considering a stay in a Bauhaus in Berlin, get in touch.

A few starting points to learn whether home exchange is for you:

At the end of November Apple was in the news because of the choice to change Crimea map to meet Russian demands.

Handling disputed territories in online services is a wide and challenging topic without a simple solution. Combining a critical area like Crimea with the largest tech company in the world, makes news.

Let’s see first how the largest broadcaster in the world, the BBC, covered the topic. On November 29th, the headline was “Apple changes Crimea map to meet Russian demands” stating that

“Apple has complied with Russian demands to show the annexed Crimean peninsula as part of Russian territory on its apps. (…) The BBC tested several iPhones in Moscow and it appears the change affects devices set up to use the Russian edition of Apple’s App Store”.

That Google had implemented a similar approach and Apple had not yet commented on the decision was irrelevant. What was coming was obvious and headline the following day: “Ukrainians condemn Apple’s Crimea map change”

“A huge scandal” or not, a reaction from the Ukrainian foreign minister was obvious and expected. As well the position by most European countries or boycott threats for Apple products.

Apple was still silent, but a comment finally followed the next day and made again headlines: Apple to take ‘deeper look’ at disputed borders

Quoting from the article: “the company follows international and domestic laws and the change, which is only for users in Russia, had been made because of new legislation there”. And: “we review international law as well as relevant US and other domestic laws before making a determination in labelling on our Maps and make changes if required by law.”

Damage limitation? Three headlines in three days is not good for a topic that a tech company would like to sweep under the carpet. As there is no obvious way to make every user happy: once the users notice the differences, there is no way back.

How did they solve the problem? How deep was the “deeper look”?

Let’s now search Crimea on Apple Maps from an IP address in Moscow.

The first suggestion is “Crimea, Russia”. Similar differences apply to other cities and regional borders in the area.

For Apple, for Google and for other many tech companies, providing different results to different audiences is a lesser evil. And it is the easier way “to make sure (…) customers can enjoy using Maps and other Apple services, everywhere in the world.”  For a tech company, the scenario where local authorities force them to comply and change names is not the worst one. They can at least blame the “local legislation”, hoping to avoid too many headlines.

Is this a problem for Crimea only? Not really. To read more about the challenges of geolocation and disputed territories, check saorico.com

Interesting Berlin AWS Group Meetup at EMnify last night: I learned a lot about CI/CD on AWS, figured out that AWS IoT might be already behind the elevators I use every day and I had the chance to talk about Amazon RDS Proxy. Thanks Arndt for organising the event and for the picture!

You can find my slides here.

“A First Look at Amazon RDS Proxy“: always happy to contribute to the Percona Community Blog and share my thoughts about relational databases on AWS. Thanks Lorraine for reviewing the post.

I played a bit with Amazon RDS Proxy, one of the announcements of the latest AWS re:Invent, now available in preview. I will share some thoughts at the AWS User Group Meetup in Berlin next week: “A first look at Amazon RDS Proxy”. Hope to see you there! 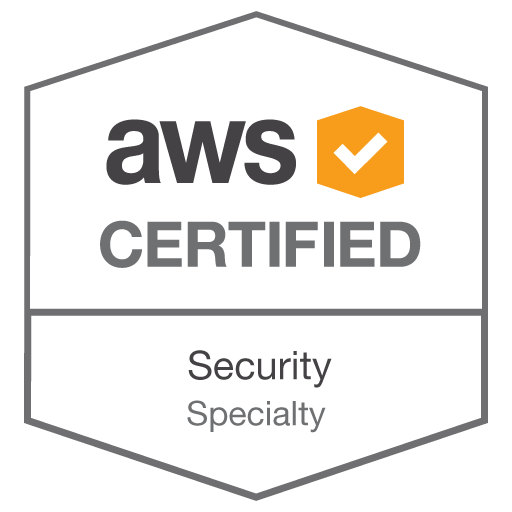